In Google’s/Samsung’s infinite wisdom they introduced a setting in Android Marshmallow 6.0 where you have to explicitly set apps to have permissions to draw over top of other apps.  Of course this also affects the Brainiac home screen launcher as we draw our gesture controls over top of other applications.  When you try and turn on the Brainiac gesture controls your Marshmallow device might tell you that it cannot apply the setting.

To fix this issue you simply need to configure your device settings to allow the Brainiac app to draw over top of other applications.

Draw Over Other Apps

Draw Over Other Apps is special permission which allows any app to appear on the top of other apps like Chat Head of Facebook Messenger, Animated Cleaners, 360 Security and our Brainiac launcher. 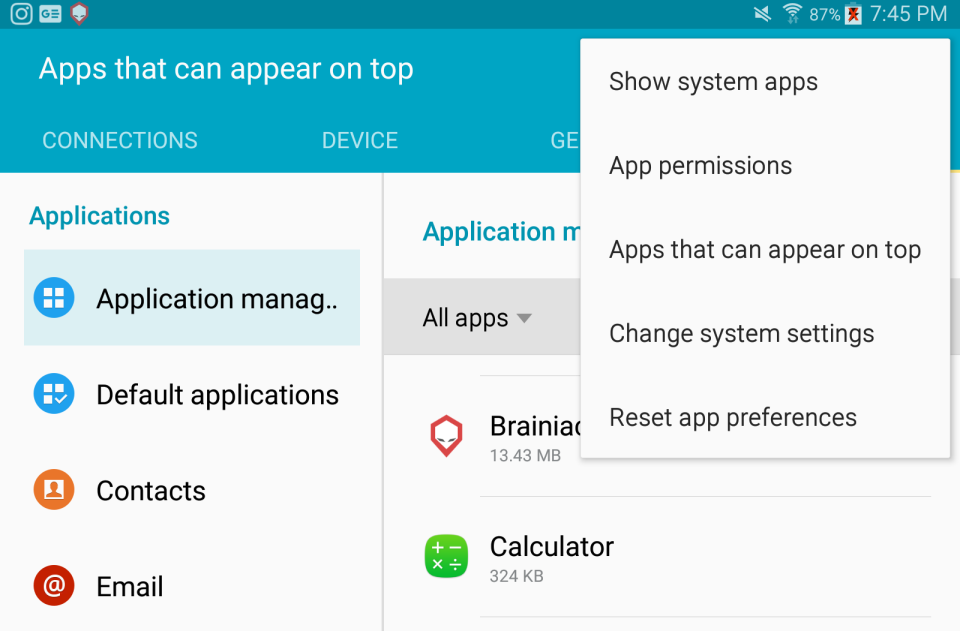 Then Scroll down to the Brainiac application and turn on the permission.  That’s all you need to do and you should be up and rolling again with the gesture navigation.  Simply turn on our navigation from the notification bar and you are good to go! 🙂 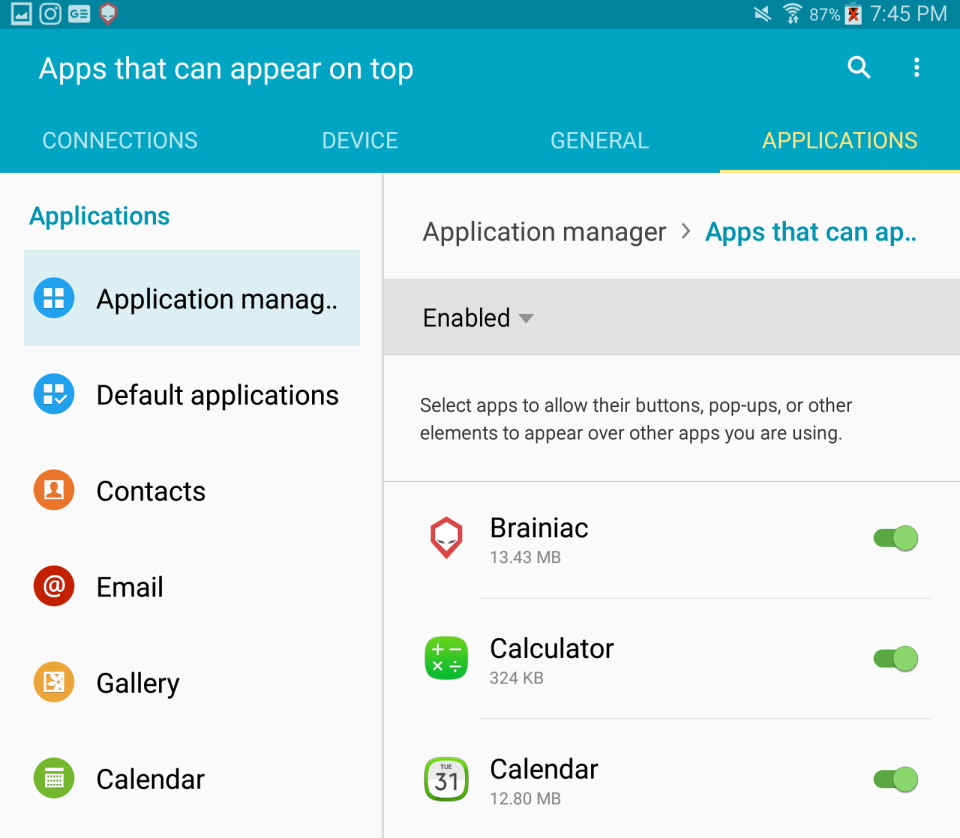