Volume Too Low on my MK1.5 Electronics

Volume Too Low on my MK1.5 Electronics

When the MK1.5 Electronics are assembled, tested, and shipped out they are pre-configured for a certain amount of gain for the system.  In many cases we have customers who have remote OEM factory amplifiers so we don't want to turn the gain up too high as this will cause unnecessary "hiss" across the system.
Media volume can be adjusted by changing the volume settings up and down on the tablet itself, but typically the amount of power produced from the tablet's headphone jack isn't enough to satisfy the volume requirements of a vehicle install.  That's why we provide our own amplifier inside the MK1.5 Electronics to give the output signal a boost for both vehicles with built-n factory amplifiers, as well as 100W of power for those vehicles that don't have built in amplifiers.
System Volume Adjustment
The first point of adjustment is the volume dial that is on the back of the MK1.5 Electronics right beside the RCA inputs. Simply turn this dial in either direction to adjust the boost of the volume coming out of the tablet to your vehicle's speakers. 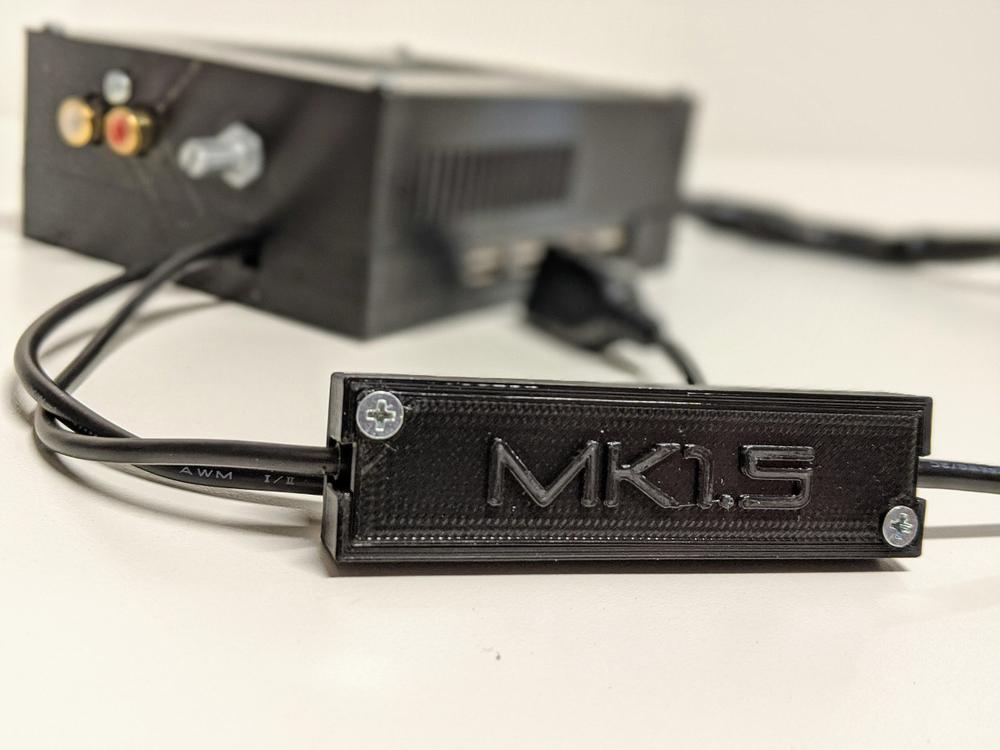 System Gain Adjustment
First let's do a little education for those who may not already know.  Gain and volume are very similar concepts, but their difference is very important to understand. They seem like they're the same as they both make audio louder when you increase them.
Volume is a measure of the output of an audio system as measured in decibels (dB). You can think of a sound system as a set of speakers, headphones, an airplane, a chainsaw, or someone whispering in your ear. A "system" in this case can be anything that produces sound, and the volume can be measured on the decibel scale. The higher the decibels, the louder the sound is.
Gain is the ratio between the volume at the input and the volume at the output of an electrical circuit. For simplicity you can think about it as "the volume at the input."
In plain language, Gain is kind of like an amplitude knob at the input of a piece of hardware or software that controls the loudness before it goes through the circuitry. Volume is an amplitude knob that controls loudness after it has passed through the electronics.
To summarize…
For the MK1.5 Electronics we typically set the gain to be at the lowest setting of the amplifier circuit board (23.6dB) as to reduce the amplifying of the INPUT signal. This really cleans up the channel especially for those using a built-in remote OEM amplifier like the BOSE system in the Nissan 350Z/370Z.
However this adjustment can be set at either 23.6dB, 29.6dB, 33.1dB or 35.6dB using small jumpers as seen in the diagram below.  If you open up the top lid of the main electronics you will see these jumpers and (with the power to the system off) you can use a set of needle nose pliers to move the jumpers to the desired setting. 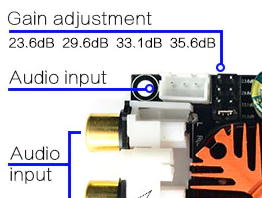 Those who don't have a system that uses an OEM amplifier may find moving these jumpers to give them the added boost they want for their system.  So there you have it, a couple of ways to adjust the sound output of you Brainiac system.