The latest and greatest version of Brainiac software is now available in Google Play! This version is primarily focused on making sure we have all of the climate control features working for the launch of the early access program for the MK1 FRS/BRZ/86 kit, but we managed to sneak in a few other goodies in there as well

We’ll be making some announcements around our MK2 kits very soon, which will be the generally available kit for the FRS/BRZ/86.  We also added the 86 logo into the app for selection on the quick launch screen.

We’ll talk about the climate control functionality a bit later, but to start we figured we would do a quick round-up on some of the other updates.  One convenient update is mainly focused for tablets that will have the climate control at the bottom of the screen, but also solves an annoyance in general.  We now detect when Brainiac is set as the current home screen launcher and disregard any home gestures from the bottom of the screen. Well… because you’re already home

We also added a couple other features that we find useful.  If you go into the General Settings you will now find options for Amplifier Keep Alive and Tablet Smart Power. 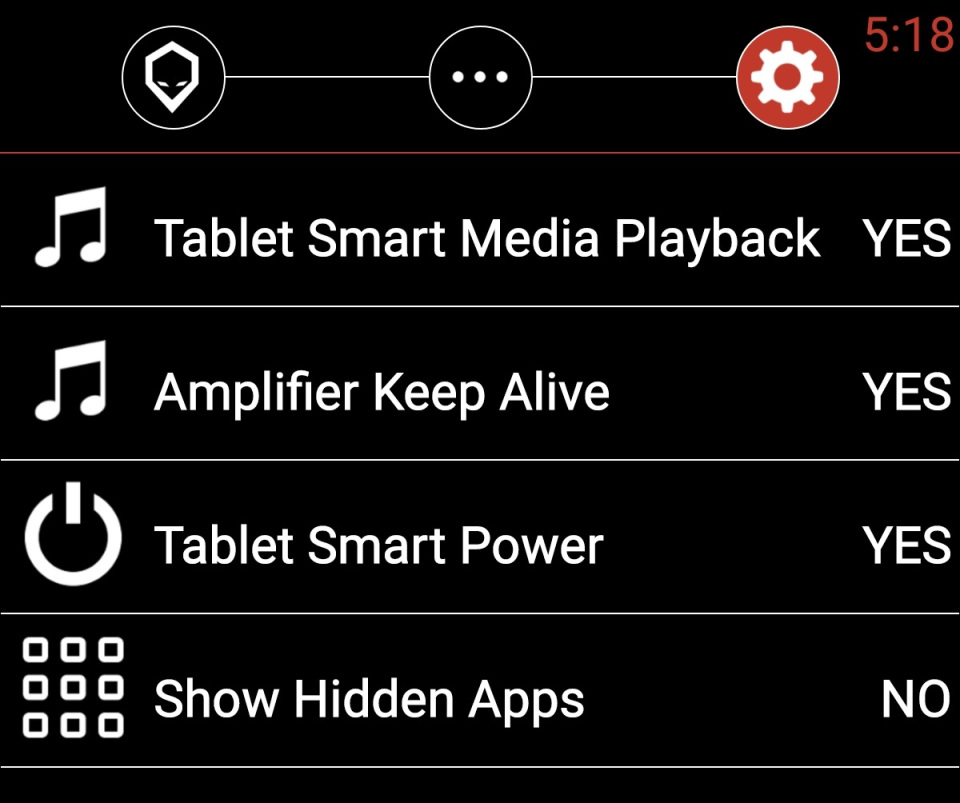 The Amplifier Keep Alive is for a specific shortcoming of a tablet’s headphone jack amplifier.  When no audio is being played by the tablet, the system will shut off the headphone amplifier.  Sometimes in a vehicle’s audio wiring, this loss of signal can create noise across the speakers.  Essentially the vehicle’s amplifier (or MK1 Electronics) is expecting an audio signal, and when it doesn’t get one there can be some distortion.

When this keep alive setting is turned on, Brainiac will play “silence” across the audio channel at all times forcing the tablet amplifier to stay on.  That’s right.. we’re playing audio, but it is pure silence to trick the system

Now for the Tablet Smart Power setting.  When this option is activated, Brainiac will detect when there is loss of power on the charge port.  This typically happens when the vehicle’s accessory power is turned off.  When this occurs Brainiac will automatically turn off the WiFi and Bluetooth modems (if they are on).  This saves battery life when the tablet is in sleep mode.  When the accessory power turns back on, Brainiac will turn the WiFi and Bluetooth modems back on (if they were on when the vehicle was shut off).

The controls consist of the lower toolbar that allows you to set the temperature for the driver and passenger zones, adjust common settings and also launch the fan location and advanced climate control settings as seen in the screen capture below. 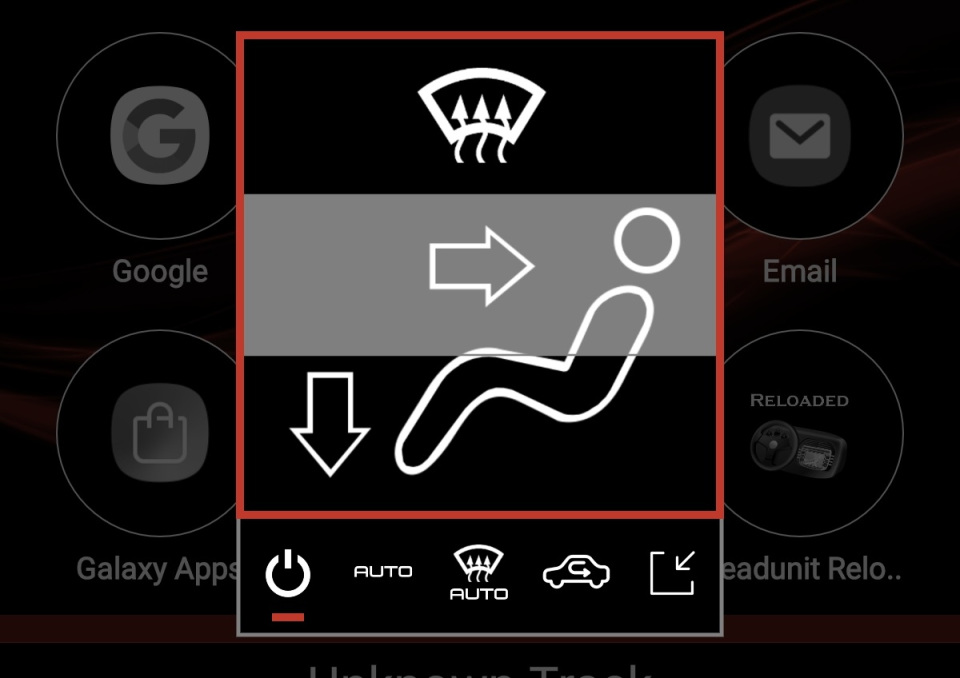 These settings allow you to turn on/off the climate controls (for when you want to open the windows and feel the wind in your hair) and also adjust automatic settings, fan direction and air re-circulation.

So there you have it, all the new features available in Brainiac version 3.8